NOTO, THE CRADLE OF THE SICILIAN BAROQUE

Houses and mansions in the historic center overlooking the city

IN THE UNSPOILT NATURE OF VAL DI NOTO

A FEW STEPS FROM THE VAL DI NOTO BEACHES

Ideal villas and cottages for a Sicilian vacation

Farmhouse for sale with a view of Noto and the sea

In south-eastern Sicily, in the province of Syracuse, just 5 km from Noto, a Unesco heritage baroque town, which can be reached in an hour from the airports of Catania and Comiso, just 15 min from the prettiest beaches on the south-eastern coast and the main towns of the Hyblean Baroque, we offer
a farmhouse, in need of renovation, with land of about 6.6 hectares overlooking the hills surrounding Noto , the city skyline and the sea.
The farmhouse of about 200 square metres is composed of two adjacent bodies
a main one, part of which is on two levels, and a secondary one that was used as an animal shelter for a total of about sq m 200. An extension is possible.

The land, wide at the top, offers open spaces towards the city and the sea; it descends to the valley and borders on a stream. In the lower part near the stream are large terraces once cultivated with citrus fruits. The land is covered with almond and carob trees and a some olive trees. Near the torrent, the vegetation intensifies and remains green even in the hottest months; survival for wildlife. 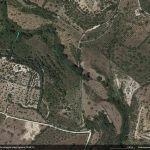 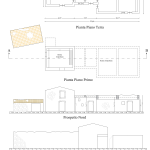